So, the January transfer window finally shuts down after four exotic weeks of full, beehive activity of rumor mills, gossip factories and hype machines. As always, we saw an incessant supply of interesting rumors, crazy speculations and some serious splashing of money in the transfer window. And yes, of course, some fascinating deals were also penned down. So, all in all, it was a sound start of the new year for the football fanatics.

Here we present to you, from Wilfried Bony to Lucas Silva, five of the most stunning, most salacious and most scorching highlights that happened in the last month’s transfer window. So, let us have a look.

Manchester City already have a prodigious panoply of strikers which comprises the likes of Sergio Aguero, Jesus Navas, Steven Jovetic and Edin Dzeko. Now, their striking force has been further bolstererd by the Ivory Coast sensation, Wilfried Bony, who has been signed for a handsome sum of 25 million pounds from Swansea City. A prolific goal-machine, Bony was the Premier League’s top-scorer in 2014 with 20 goals; and he has already fired 9 goals in 22 games for Swansea City this season.

The World Cup winner, Andre Schurrle, who showed a stunning set of performances in last year’s World Cup consummated a move to VFL Wolfsburg just a few days back. During his eighteen-month time in Stamford Bridge, Schurrle only got his name a handful of times in Jose Mourinho star-studded first XI. However, he is expected to play an indispensable part in Wolfsburg side who currently stand at the second spot in Bundesliga table.

4. Juan Cuadrado from Fiorentina to Chelsea

The Colombian starlet, Juan Cuadrado, inked down a transfer deal of £23.3m with the Premier League table-toppers on the deadline day of the transfer window. Chelsea’s manager Jose Mourinho was ardently interested in Cuadrado for quite some time and finally he has acquired him in this transfer window. However, Schurrle was the opportunity cost for Chelsea to finance this move for Fiorentinan winger.

But still, at the end of the day, Jose Mourinho is the happiest manager, because not only he got salubrious money for Schurrle, he also laid hands on the young and talented Cuadrado to embellish his squad.

There is a recent trend of top-European clubs having two quality goalkeepers in their squad. Chelsea have Thibaut Courtois and Petr Cech; Real Madrid have Iker Casillas and Keylor Navas so Louis Van Gaal also acquired the services of the former-Barcelona goalie, Victor Valdes in this January transfer window in addition to De Gea. According to Van Gaal, the Spaniard will serve as a back-up goalkeeper to David De Gea. 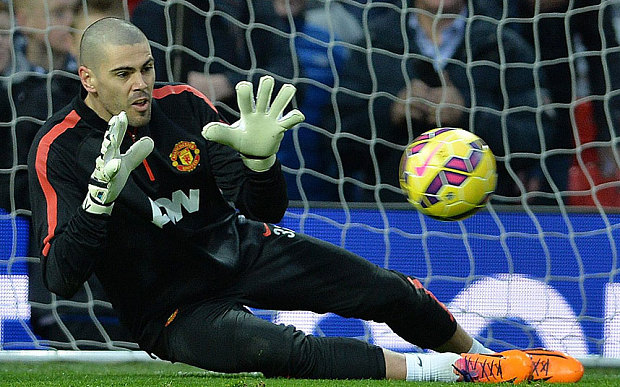 Another reason for Valdes’ move is the growing speculations surrounding De Gea’s link with Real Madrid. According to reports from English media, Los Blancos are tabling up a record bid to lure De Gea to Santiago Bernabeue in the next transfer window, so Red Devils have already sought replacement in case De Gea leaves Old Trafford.

The 21-year-old Lucas Silva was the cynosure of all eyes during the past transfer windows after he almost single-handedly steered his team to clinch back-to-back Brazilian league titles. Real Madrid, the Spanish giants, eventually materialized the move and signed Silva for a transfer fee that is reported to be around 11.5 million pounds. The midfield maestro has been acquired to fill the void of Xabi Alonso who left Real Madrid last season and joined the Bundesliga Champions Bayern Munich.